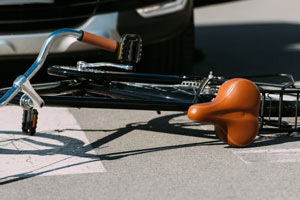 Bicycle injuries are among the most serious that a person can sustain because the bike itself provides little to no security. Many drivers have the mistaken belief that bicycles do not belong on public roads, which is simply not true. Cyclists have the same legal right to use public roads as motor vehicles. Too often, motor vehicles are unaware of or fail to follow, these rules. Unfortunately, this prejudice frequently follows bike riders through the personal injury legal system. If you were injured in a bike crash, you have the right to seek compensation from those who were at mistake. To be successful, you must hire the best Boulder City bicycle accident lawyer.

Bicycle riding in Nevada is governed by specific laws. Many of the rules are similar to those that apply to motor vehicles. Moreover, safe passing is the responsibility of the motorist. When passing, a driver must, if possible, move into a center lane to the left. If the driver is unable to safely change lanes to pass a bicyclist, he or she must leave at least 3 feet between the car and the bicycle. Drivers of motor vehicles, like pedestrians and other vehicles, must yield to cyclists at intersections. Unless turning or in an emergency, motorists should not drive or park in designated bicycle lanes. Drivers must also exercise extra caution around inexperienced riders, such as children.

Many bikers fail to comply with the previously mentioned Nevada law and thus assume liability in the event of an accident.

Getting Compensation In A Boulder City Bicycle Accident

Because many bike accidents involve a motorized vehicle, the first step in pursuing monetary damages is to file a claim with the insurance company of the responsible driver. The process is extremely problematic, ranging from complex ones to dealing with the claims adjuster. Insurers are hesitant to pay out injury claims, including bicycle accidents, because they reduce profits. Expect a lot of pushback from the claims adjuster, either in the form of a low counteroffer or a denial. Employees of insurance companies are trained to look out for the company’s interests, not yours.

If you are unable to reach an agreement with the insurer, you may need to file a lawsuit in court.

Because of the size difference between the vehicles, bicycle accident injuries can be severe, even fatal. If you are able to prove the three key elements listed above, there is a wide range of compensation available to cover your losses, including:

If you are able to prove the three key elements listed above, there is a wide range of compensation available to cover your losses.

Furthermore, if a loved one was killed in a bicycle accident, you may have rights. A wrongful death claim in Nevada allows certain family members to recover monetary damages. A knowledgeable Boulder City bicycle accident lawyer can go over these cases in greater detail.

Bicycle accidents can result in serious injuries, comprehensive property damage, and other life-altering consequences for everyone involved. You may have a case if you or a loved one were gravely injured in a bicycle accident caused by a negligent or reckless driver.